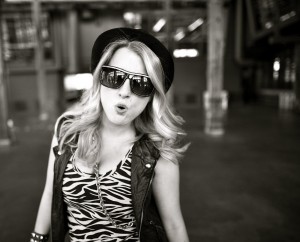 Dana Jean Phoenix is a singer, songwriter, musical theatre performer, impersonator, musician, and all around entertainer from Toronto.

After being featured on PerezHilton.com by the celeb blogger, for winning 2nd Place in the Perez Hilton ‘Can You Sing Competition’, Dana received a tweeted shout out from hip-hop megastar Nicki Minaj for her A Capella version of Minaj’s hit ‘Starships’. Dana has garnered nearly 2 Million views on YouTube for videos of her singing both originals and covers; and her original music has been featured on ‘The Voice’ (US), ‘The Nate Berkus Show’, ‘MTV’s: When I Was 17’, Bravo’s (Real Housewives of Atlanta spin off) ‘Kandi Factory’, WEtv’s Shannen Doherty’s show ‘Shannen Says’, WEtv’s sister gospel duo show ‘Mary Mary’, and ‘Nickelodian’s: Worldwide Day of Play’. Her debut EP, “Learning To Fight”, was nominated as ‘Best Urban Artist’ for the 2010 Toronto Independent Music Awards, and her last album, ‘Drrty Shooz’ has been played on CBC and charted Top 10 on Canada’s College Electronic Charts. Look out for her new album ‘Le Mirage’ available on Bandcamp and iTunes!

For musical theatre, last year Dana played the role of ‘June’ in “The Musical of Musicals, The Musical!” at the Panasonic Theatre in downtown Toronto, as a part of Mirvish’s 50th theatre anniversary season. She was also a co-recipient of Acting Up Stage Company’s Syd & Shirley Banks Program, a mentorship program for up and coming professional theatre performers. This year, Dana received a Calgary Critics’ nomination for her role Holly in Stage West Calgary’s production of The Wedding Singer.

Dana is well versed in many styles including: Pop, Jazz, Classical, R&B, Gospel, and Country. She has been playing piano since she was 6, and accompanying herself at gigs and uses piano for songwriting purposes. She is so excited to teach music and share her passion for music with students who love music and are eager to learn!