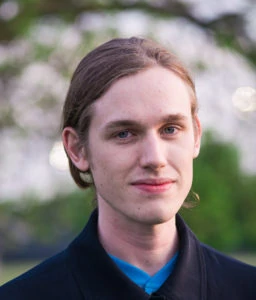 Music was a shared family passion in Keith’s household, and growing up he quickly took to learning classic rock and pop on multiple instruments. A pronounced interest in progressive rock and jazz fusion led him to focus on drums and percussion in high school, as well as arranging and recording his own original music. During this time he was a regular performer in the Victoria Row Music Program, where he refined his skills backing up fellow PEI musicians such as pianist Max Keenlyside and singer Teresa Doyle.

Keith received a Bachelor of Music degree in percussion performance and composition from Acadia University in 2016, and a Master of Music degree in composition from McGill University in 2018. During his time in university, he had been active in school ensembles as a classical percussionist and has gained a depth of knowledge in music theory, history, songwriting, and production techniques. In his third year at Acadia, Keith received the Clara McLearn Blakeley Music Scholarship for “demonstrating leadership qualities and an interest in community activities”. In 2017, he was named as composer-in-residence of the McGill Percussion Ensemble, for which he composed a piece for his Masters’ thesis entitled ‘Pop Cycle’.

As a composer, Keith has written for rising artists such as mezzo-soprano Simone McIntosh, Montreal-based experimental collective Ear Camera, and Ottawa-based jazz fusion group JK3. His music is complex and colourful, drawing largely from his background in pop and jazz as well as his interests in music cognition and intertextual representation. Keith has also continued writing and recording his own alternative pop music as ‘God’s Gift to Parkour’.

Since 2013, Keith has been a professional educator, teaching students of all ages in drums, percussion, guitar, piano, composition and theory. His individual approach helps students focus on their unique musical interests and backgrounds, and to reach their goals in imaginative and collaborative ways. He has also worked with large groups, such as the Acadia Youth Band and the Nova Scotia Youth Wind Ensemble. Keith loves to share his musical knowledge and find new discoveries for both teacher and student!

Currently, Keith can be found in Toronto drumming for the group The Future Lovely, composing for friends and colleagues, searching for new guitar chords and playing with his cat, Travis. He is looking forward to working with students that share his passion for music and are ready to learn!

Take a Trial Lesson with Keith

Take a Trial Lesson with Keith