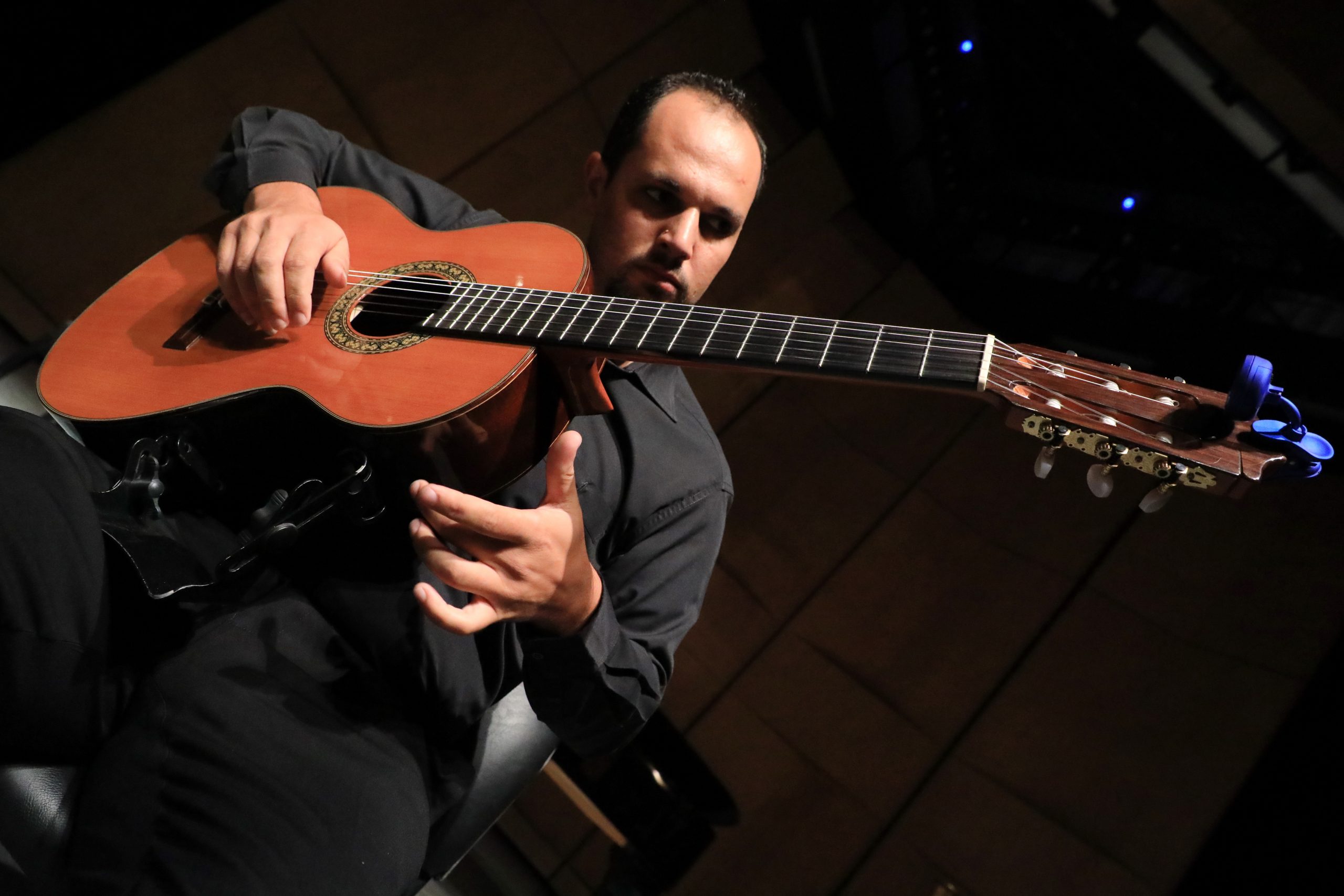 Having the broad knowledge coming from international performances and workshops, Majd Maary is a great fit to young musicians and aspiring students.

Majd Maary a Syrian musician based in Toronto. He is a classical and oriental guitar player, instructor and a
composer.Born and raised to an artistic family, he began his guitar education under the tutelage of his father Nazih Maary,where he learned the basics of classical music and the oriental side of the guitar.In 2012 he received his firstacademic certificate in Guitar performance (classical and flamenco), under the supervision of Prof. Bassel Khalil atthe Russian Culture Center in Damascus. His love for the instrument pushed him to further his studies. Later, Majdcontinued developing by attending the Higher Institute of Music in Damascus earning him a Bachelors in
Performance.
Being surrounded with a highest-level group of musicians in the region has inspired him to experiment and compose
new ideas and new approaches for the guitar and artistic visions. During his five years of study in Damascus, Majd
has earned scholarship for YES Academy Lebanon, (American Fine Arts Foundation) for two years in a row under
the supervision of the Prof. Susan McDonalds.
In Syria and Lebanon, Majd has participated in many festivals and recordings with a lot of artists. Some of these are Sleman Shalabi (Zahme album), Basel Festival in Damascus, Quantas Lagrimos guitar and mezzo solo premier
recording as part of the album ‘Remember the River’ and others.
Since his arrival to Toronto in 2021, Majd has been striving to begin his Master’s in Music Technology in Toronto.
Currently Majd has started private guitar lessons, sharing his special guitar experience with a lot of students from the vast multicultural society of Toronto.
As well as start working with Dozan World Inc. His job includes support in the company’s website startup, music
arraignments, editing and publishing as well as recording and media for the company’s projects.
He’s done many compositions in cooperation with Dr. Shireen Abu-Khader PhD. And the last work is going to
premiere at the University of Toronto soon!