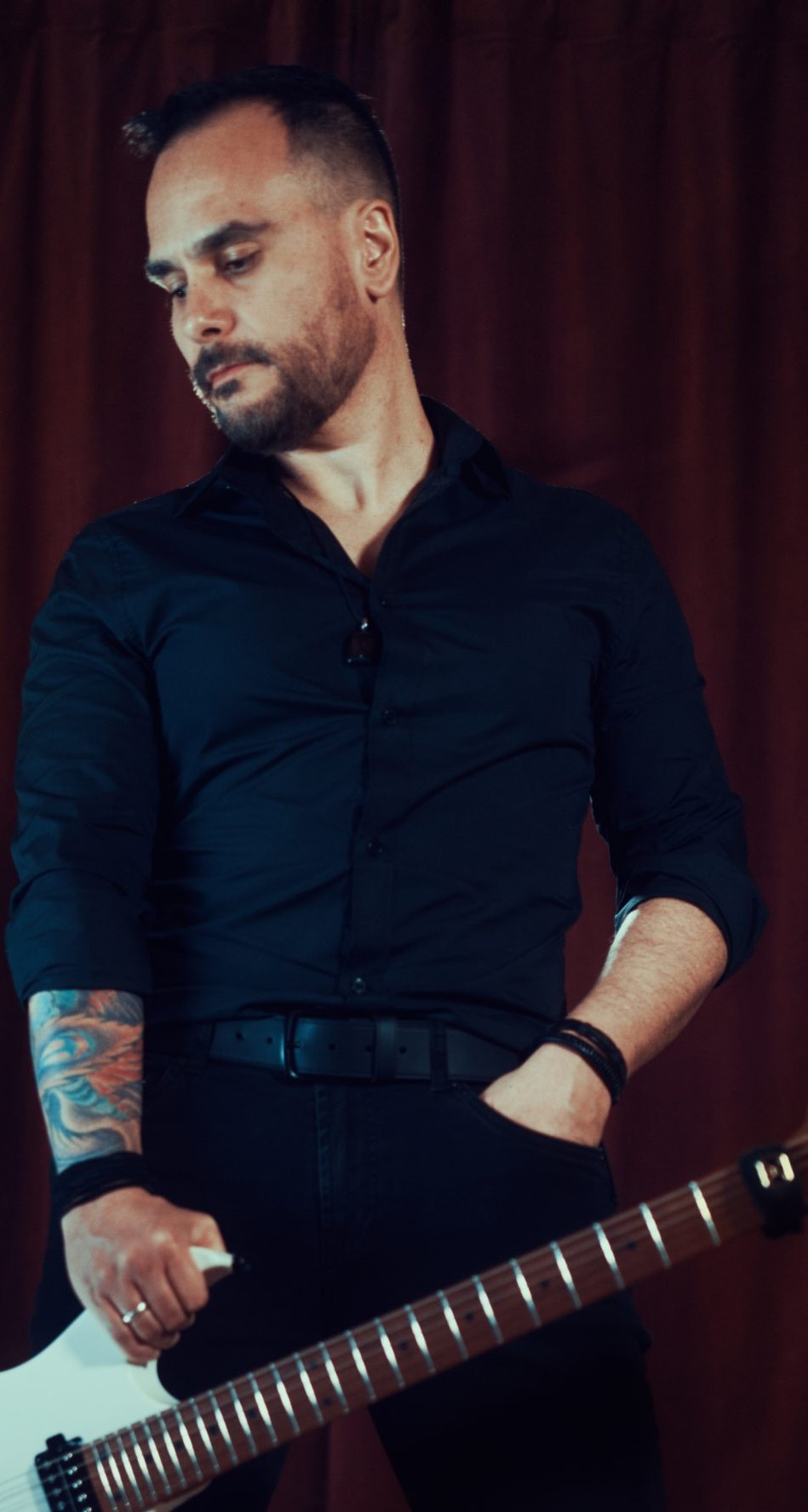 Rod Rodrigues is a Brazilian/Canadian guitar player, music teacher and songwriter. He has been a member of many bands, including Enemies Of Reality, Falling Into a Dream (Dream Theater Tribute), Electra among others. Graduated from IG&T and Claretiano University, Rod has been a music teacher since 1997, having taught in Brazil, Canada and Europe. His first E-book “Guitar Shred”, was released in 2016 in Portuguese and English and was featured on several websites. In 2018 he released his online training Extreme Guitar Workout with hundreds of students from all over the globe.

Further on his own guitar clinics, he has held guitar clinics alongside names such as Kiko Loureiro (Megadeth), Edu Ardanuy, Rafael Bittencourt (Angra) and others.

As a solo artist, he released his first EP in 2010 entitled “The First Step: Introduction”. He was also featured in magazines such as Guitar Player, Cover Guitarra, Guitarload and numerous websites. In 2019, Rod released his single “T.A.G”, and in January 2022 “Tales of a Changing Life Part.1”, his latest release featuring Marco Sfogli (James Labrie, Premiata Forneria Marconi) and was mastered by Tony Lindgren (James LaBrie,
Marty Friedman, Opeth) at Fascination Studios in Sweden.

His song Changing Plans was part of Volasophy, the compilation album with all Latin American Vola Guitars Artists.