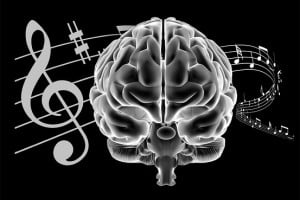 Music Lessons – Why It Matters to Public Education

In the summer of 2013, the Toronto District School Board voted to cut $2 million from their budget to help alleviate their overwhelming debt. On the chopping block: Toronto music schools from across the city, joining an increasing majority of schools in Ontario. In fact, the nonprofit organization People for Education has found a 16 percent drop in elementary music classes over the last 14 years. Approximately 33% of children in Ontario do not get the chance to play a musical instrument or join a music group.

Music lessons were the last thing that should have been cut from the budget, considering overwhelming evidence for the benefits to development, cognition, education, and academic performance. The very thing that the school board should want to protect while making deep budget cuts – quality of education – has been shortsightedly slashed and students across Toronto will lose. some of the following benefits of music programs.

Increased Brain Function
Children in music lessons have increased neural activity. Perhaps because scans demonstrate that playing music involves activity in nearly all of the cerebral cortex and neural networks associated with fine motor tasks and sound discrimination. Simply – adequate music programs increase the capacity of the brain, and not just for musical gains.

Social & Behavioral Improvements
Kids who are involved in music lessons have notably better attention spans than their non-musical counterpart. Music is also linked to higher emotional maturity and higher self-confidence levels. Even better, they possess a higher level of empathy and greater ability to work as a team. Each of these factors are linked to behavioral problems in school, such as acting out in the classroom and bullying. Instead of cutting money from music programs and invariably increasing the costs of necessary to address these gaps, we should be spending this money on positive measures that will have lifelong effects.

The situation is less than ideal for our children. Music lessons in schools allow students some of the greatest gains over other perceived non-essential extracurricular activities. In fact, music should not be extracurricular. It should be part of the basic curriculum with benefits like these. Nonetheless, The Toronto District School Board has cut music funding and could easily do it again. When we all understand the vitally beneficial role of music lessons in Toronto schools, our children will get the best education possible and go on to be highly competitive in the global market.

Here’s some creative ways to bring music to students everyday in school!

Songwriting is a creative activity that can help express a range of ideas and feelings.

Songwriting is the foundation of the music industry. Without songs being written, there would simply be no tunes to sing! But songwriting is not only good for satisfying the ears of billions of peo

Whether you are taking Guitar music lessons, Bass lessons, or Ukulele lessons, in your music school, tuning can seem like a stressful and tedious task to  complete, leaving you confused and frustrate

“Can I sing?” This is a question many of my students ask me at our first lesson together. Piano students don’t often ask if they have the ‘capability to play’ the piano. Guitar students rare