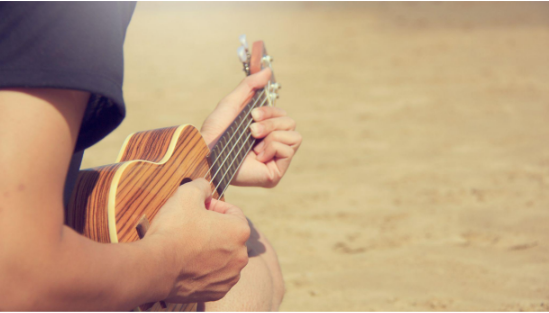 Cool Facts About The Ukulele!

The ukulele is a musical instrument with a traditional Hawaiian name which
was originally developed in the Madeira Islands of Portugal.
The ukulele is one of the first things that many people associate with
Hawaii. But actually, the ukulele descended from an instrument called a
braguinha, brought by immigrants from the island of Madeira, Portugal, who
traveled to Hawaii in 1879. Three cabinet-makers, Dias, Nunes and Santo
opened up a shop in Honolulu that created and sold the musical
instruments. This instrument became very popular with people on the
island, and it soon was changed into the ukulele. The ukulele is built from
koa wood, which is a tree native to Hawaii. These changes helped Hawaii
locals to create a unique sounding instrument in the ukulele.

Here are some more amazing facts about this unique musical instrument:

Here at the Elite Music Academy we offer the best Ukulele lessons in
Toronto!

Receive lessons from our talented teachers in our studio, online, or in the
comfort of your own home!
Sign up today!