How to Break into the Toronto Indie Music Scene | Elite Music

Staying In? Why Not Rock Out?
Elite Music is Now Offering

Elite Music is a music school and instrument store in Toronto. We provide music lessons, guitars, digital pianos, drums, and violins to students of all abilities and ages. 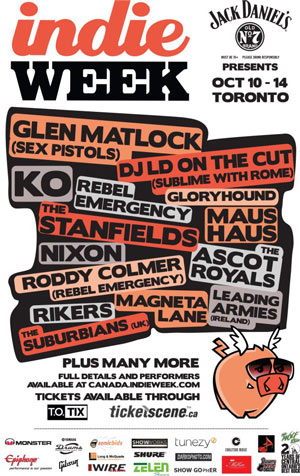 Getting involved in the Toronto music scene is easier than you might think. Indie musicians are local celebrities. A common misconception is that they have invested a lot of time and energy into becoming well-known. They might not have even planned on becoming recognizable in their communities. In fact, other people may have noticed them because of how often they were attending gigs around town. Most well-known characters in a musical community establish themselves through ubiquity.

Before trying to book your own gigs, you should get a feel for indie music scene in Toronto. You should attend gigs at all of the prominent clubs and introduce yourself to the musicians. You will eventually play gigs with some of these people, so it pays to start out on the right foot. Some venues do not book unproven acts, but if you have made a lot of friends in the scene, there is a good chance that you will be asked to fill the opening slot for well-known bands. You will draw a larger crowd of peers if you have proven yourself to be gracious toward others. You should also spend some time talking to the venue’s employees. Even though the venue’s website likely details the process for booking a gig, the people who work there might have some additional insights. For example, some nights may draw different crowds. There might be lower expectations during the middle of the week, when a disappointing audience turnout is less likely to be considered your fault.

These days, a musician has to record his music before he plays his first gig. Club bookers want to hear what a band sounds like so it can be placed on a bill with similar acts. Bookers also gauge a band’s professionalism by the quality of its demos. Music fans want to sample the music before spending money at the venue. The recordings should be uploaded to all of the relevant social networking sites. You should post status updates about his upcoming gig only once per day for the week prior to the event. This will keep your friends informed without overwhelming them with self-promotion. A well-attended gig guarantees future gigs at the same venue and, eventually, bigger ones.

You cannot rest on your laurels after finding success on a local level. You should always be working to improve upon your talents. Many gigging musicians actually take music lessons in Toronto with master teachers to improve on their soloing and song writing skills. Singing through microphones causes trained singers to stop projecting their voices properly. Guitarists may find themselves slacking after playing rock and pop music for so long. The poor sound systems in many venues prevent musicians from hearing what they really sound like on stage. Periodic music lessons keep all of your skill sets sharp.

Speaking of teaching – that’s a great way to make money as an indie musician in Toronto.  After all, most musicians still work a day job.  If you can read music and play popular styles, you will not have trouble appealing to young students who want proper music lessons without being forced to play classical music. Teachers constitute a pool of musicians that are largely untapped because they are considered too square or studied to play in rock bands. Someone who wants to put together an amazing band will benefit a great deal by collaborating with a music teacher.