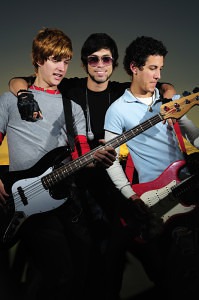 Indie Musicians in Toronto vs Famous Pop Stars: Who has More Talent?

Elite Music Academy is a music school and instrument dealer in East Toronto providing music lessons, guitars, digital pianos, and violins to students of all ages. 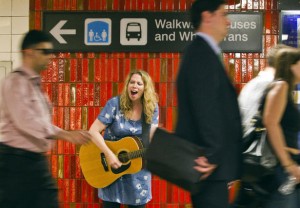 How many pop stars does it take to carry a tune? The seasons may change before the counting’s done. Overnight sensations are a dime a dozen, but the pop music industry is seriously lacking in true musicians, lyricists and vocalists. Sold-out arenas thunder with appreciation for “artists” without two skills to rub together while gifted musicians struggle to rub two dollars together playing gigs in dive bars sidewalks. What gives?

Justin Bieber has never taken music lessons in his life. Does his fame make him a child prodigy on par with Mozart? He might not know a music theory book if one fell from the sky, but his fans are too busy oozing over his hair to care. Millions of girls fawned over Elvis Presley, but he knew his way around a guitar and had a crushed-velvet voice so memorable that it’s still absolutely recognizable today.

How do people who couldn’t explain a three-chord progression strike such a chord in the music industry? Pop music is saturated with clones and copycats, and the genre suffers from a complete lack of originality. Hackneyed rants about teen breakups pass as lyrics, accompanied by mediocre melodies by so-called guitarists who couldn’t define the term “scordatura” if their hairstyles depended on it. It’s understandable and forgivable to be an aspiring music student still brushing up on the finer points of tuning; it’s another thing entirely to assume that the word refers to an entrée in a sushi restaurant. It’s true that Bob Dylan was never a pop star, but comparisons between his work and the contributions of today are embarrassing at best.

There are literally hundreds of struggling musicians in Toronto right now who can sing or play circles around everything that’s on the airwaves now, but they refuse to aspire to success by way of emulation. It’s likely there are hundreds more who can play a piano with devastating talent, but they’re shuffled aside by wannabes who think it’s OK to pantomime tickling the keys while stomping the pedals just for effect.  Toronto’s subway system is chalk full of talented buskers. If you take the time to stop and listen to one of them, you might be amazed and subsequently demoralized thinking “why on earth is he playing for pennies on a dirty old subway platform?”  On any night of the week, there’s dozens of Toronto indie bands playing impressive, original music while making next to nothing and often performing for free just to be heard.

It’s troubling to observe that pop stars can no longer be called musicians, and someone can make millions in downloads and concert sales while having the vocal range of a turnip. If it’s any consolation, of all the stars now contributing to the mindless cacophony that passes for pop music, 99 percent will be forgotten three years from now. Who aspires to growing up to be a flash in the pan? Quite a few people apparently do.

Interested in reading music, not tabloids? There’s hope. True talent will always be valued, and no amount of dumb luck can trump persistence. Don’t be afraid to be a self-promoter. Justin Bieber owes much of his fame to the fact that someone important noticed his YouTube video, so imagine what might happen with a little bit of ability and a modicum of originality. Don’t give up – the next chance may be out there!