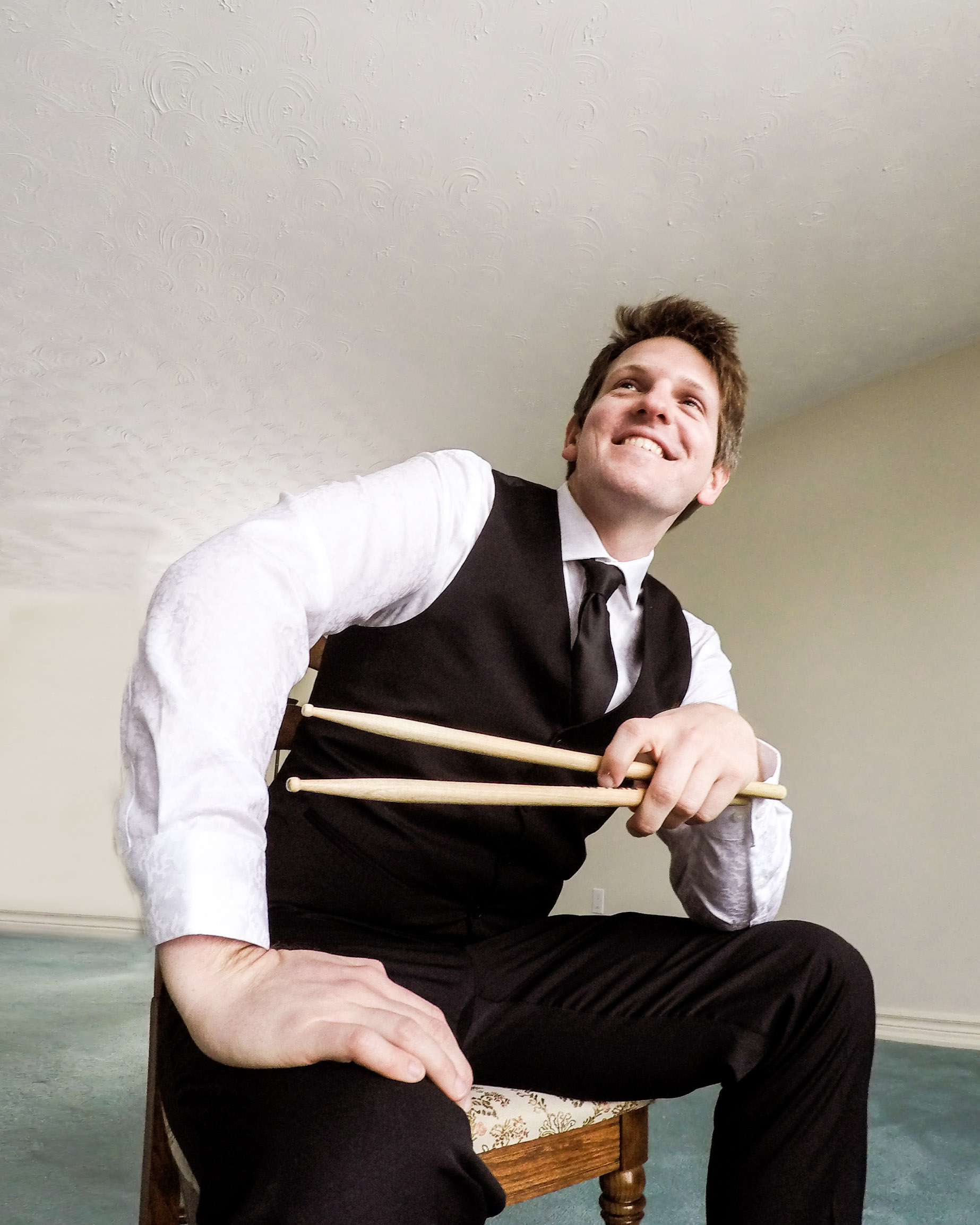 With one foot planted firmly in the world of classical/orchestral music, the other planted in the world of contemporary popular music, and his other limbs flailing through all other genres and styles in between; Drummer/Percussionist Jim Toner has amassed a diverse skill set spanning many genres and eras.

Jim earned his Undergraduate and Masters degrees in percussion performance from the University of Western Ontario, primarily under the instruction of Dr. Jill Ball. The focus of his studies was orchestral percussion, with some focus on theory and arranging. The experience here led to his extensive understanding of technique, musicality in varied situations, as well as proficiency in reading. After completing his studies at Western, Jim attended Humber College where he studied under Paul Delong, Barry Romberg and Mark Kelso. Humber is where Jim was able to hone his drum kit ability and expand his musical knowledge into the realm of pop music along with jazz, rock, R&B and latin music.

The majority of Jim’s work abroad has been manning the drum chair of show orchestras for multiple cruise ship companies, including Royal Caribbean and Cunard, which allowed him the opportunity to visit 5 continents and play in front of thousands of people. Jim first caught the travel bug when in 2014 he joined the Dragonfly Orchestra, a joint project between Culture Path Ltd. (Calgary) and Joytitan (Beijing) based in Liuzhou, China for their first national Chinese tour.

At home, Jim performs as a sideman for a number of solo performers as drummer and percussionist. Most notably backing Toronto artists Stacey Kay and Tafari Anthony, as well as frequently appearing with the HITMEN DRUMLINE, who were one of the house acts during the Toronto Raptors 2019 NBA Championship Series. He has also performed as section percussionist with regional orchestras including the Stratford Symphony Orchestra, the International Symphony Orchestra and has appeared with the Mississauga Symphony Orchestra.

This wide array of experience has allowed Jim to develop a lesson program that can be used in all musical settings and by all skill levels. Jim fully believes that music is a universal language and approaches teaching as such, by building your musical vocabulary until you can freely express yourself musically. He makes lessons as fun and engaging as possible by custom tailoring lessons to suit your interests. Jim has built up an arsenal of educational materials including custom lesson handouts, popular song playalong tracks and DEMO VIDEOS, all designed to help you reach your drumming goals.