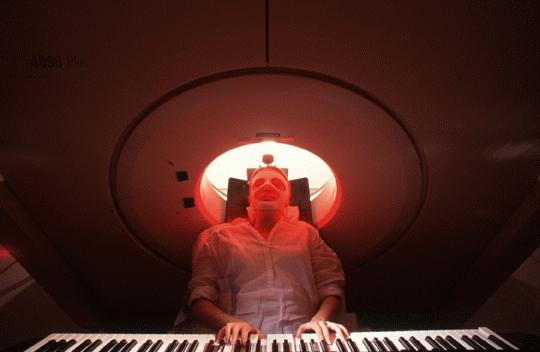 Plato was one of the first to have an interest in the effect music has on the mind. Not many people would argue that music affects the emotions and the spirit. There is science to support that taking music lessons creates changes in the brain. The changes caused by piano classes are different from those of other instruments. Even if the lessons do not continue, benefits are derived.

Nature published a study done by Agnes Chan from the Chinese University in Hong Kong that reported adults receiving music lessons before turning 12 years of age have better spoken word memory than those without music training. Forbes also reported the findings of a researcher, Frances Rauscher. Rauscher is from the University of Wisconsin, and speculates understanding music might transfer to other abilities because similar neuro-pathways are shared. Studies by the University of California, Irvine drew similar conclusions. Preschool children who were given piano keyboard lessons showed dramatic improvement in spatial-temporal reasoning that the control group did not.

A true pianist’s brain is different from that of anyone else. The brain of a pianist differs from other musicians such as drummers or guitarists. The piano has chords and pitches that a drum does not. Playing the piano calls for dexterity in both hands. Playing guitar is easier for people who have better left-hand dexterity. Different from the guitar that allows six notes to be played simultaneously, piano players can play 10 notes at once. Science has revealed a brain capacity developed by pianists is unique. Playing the piano demands more skill than any other instrument. The tendency to be right or left-handed has to be overcome, because of the requirement for both hands to be equally active. One cannot master the instrument without being ambidextrous.

One hand is dominant is most people. That is the result of a deep depth on the right or left side of the central sulcus of the brain. A scan of a pianist’s brain will reveal something different. Pianists have a central sulcus that is noticeably more symmetrical. Researchers have speculated that pianists were not born that way. The equal depth is not natural. They believe the weaker side is strengthened because of a pianist’s ability to play with both hands.

Pianists transform their brains into organs that increase the mind’s efficiency in numerous ways. Dr. Ana Pinho has studied the brains of jazz pianists, and found that that parts of the brain’s frontal lobe have extremely efficient connections in these artists compared to non-musicians. The integration of massive amounts of information used to make decisions takes place in the frontal lobe. Other responses triggered by the brain such as social behavior, spontaneity, language, and problem solving are affected as well. Thinking that is slower and methodical for most people can be tapped into quicker. The faster connection results in creative spontaneity. Another finding of Pinho was experienced pianists have a block in the part of the brain that provides stereotypical responses when they play. That ensures the voice unique to them is played and not voices of others.

Playing the piano taxes the whole brain. The brains of real pianists allocate resources more effectively than most people to conserve energy efficiently. Dr. Timo Krings found by scanning the brains of piano soloists that less blood is pumped than the average person in the fine motor skills region of the brain. Less blood flow is equated with less energy needed to concentrate. Anyone mastering a task would produce the same results. What makes it significant is that the efficiency of the pianist’s brain development is compounded through the mutation of the central sulcus, and the frontal lobe’s function is altered. The blood flow change allows pianists to concentrate on matters unique to them.

Dr. Krings required non-musicians and pianists of the same sex and age to perform finger movement in complex sequences. Both groups were capable of making the movements. Brain activity in the area that controls movement was different. Pianists displayed less brain activation when making the correct movements than non-musicians. This study adds to the information that indicates musical training enhances brain function.

The concept is difficult to grasp. As with any musician, playing is an act of communication. The difference lies in what is being communicated. Most musicians communicate with words. Pianists’ communication deals with syntax. When a pianist improvises, the language portion of the brain is active. For a pianist, playing is a unique way of communicating. Dr. Charles Limb conducted a study that showed a pianist’s brain responds in the same manner as it would during conversation, when a solo is being performed.

The instruments they play make pianists masters of communication. The communication is efficient, purposeful, and creative. They are the ultimate multi-taskers. Successful pianists have little room for hesitation or doubt.

Resources:
Science Shows How Piano Players’ Brains Are Actually Different From Everybody Elses’
The Effects of Learning to Play the Piano on the Brain
Are Piano Player’s Brains Different Than Other People?
Mild Traumatic Brain Injury May Cause Cognitive Problems, Lasting Brain Damage