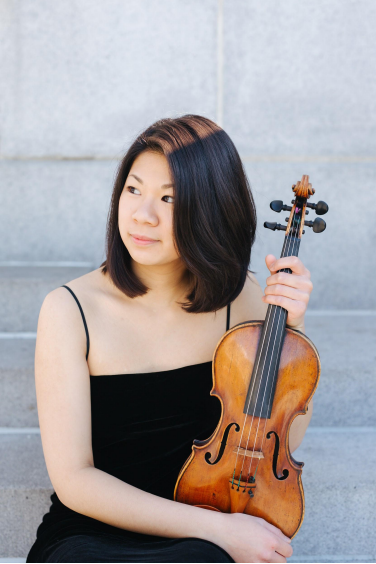 Roberta Yee received her Bachelor of Music and Master of Music degrees summa cum
laude from the University of Southern California, where she studied with the concertmaster and
associate concertmaster of the Los Angeles Philharmonic. Roberta has played with orchestras
including the Calgary Philharmonic Orchestra, Downey Symphony Orchestra, Calgary Civic
Symphony, and the Colburn School Orchestra. She has been the concertmaster of the USC
Thornton Symphony and the Pacific Music Festival Orchestra with conductors including Valery
Gergiev and Carl St. Clair in Suntory Hall, Sapporo Concert Hall ‘Kitara’, and Walt Disney
Concert Hall. In 2019, Roberta performed a concert tour in France as a member of the USC
Christine Marie Ofiesh Honors String Quartet. She was also a recipient of the National Youth
Orchestra of Canada’s Award of Excellence.