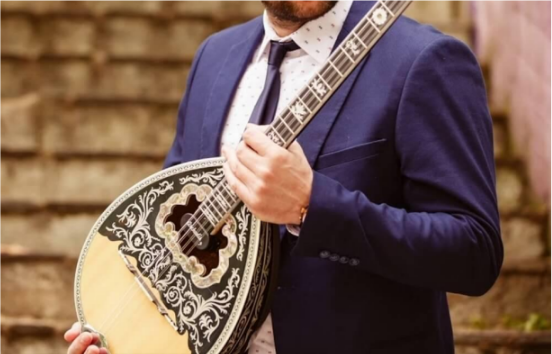 The Bouzouki and It’s Cultural History

The bouzouki is one of the main instruments of Contemporary Greek
music. While the bouzouki instrument popularized Greek music, it is also
loved and recognized in Irish music as well. It is a stringed instrument with
a pear-shaped body and a very long neck. The bouzouki is a member of
the ‘long neck lute’ family and is shaped very similar to a mandolin. The
front of the body is flat and is usually heavily inlaid with mother-of-pearl.
The instrument is played with a plectrum and has a sharp metallic sound.
Most would consider the bouzouki a combination of the guitar and bass.
While the bouzouki and its predecessors existed in Greece, it did not
become wildly popular until the 1920’s. Bouzouki was originally used in a
musical genre called ‘Rembetiko’, which was a synthesis of European
music and carried to Greek traditional music motifs. Bouzouki is an

instrument that carries these cultural effects, an essential instrument in this
music genre. Bouzouki is also used a lot in Greek pop and folk music.
The bouzouki is a musical instrument with interesting and wonderful
cultural lore. Here at the Elite Music Academy we provide lessons to
students in our studio, online, and we can even give you lessons in the
comfort of your own home! Sign up with our talented instructors and start
playing the bouzouki today!